​An Economic strike is a situation in which there is a strike, lockout, or dispute between an employer and an employee over usual mandatory issues such as wages, hours, benefits, […]

​An Economic strike is a situation in which there is a strike, lockout, or dispute between an employer and an employee over usual mandatory issues such as wages, hours, benefits, unfair practices of employer or working conditions of the employees. 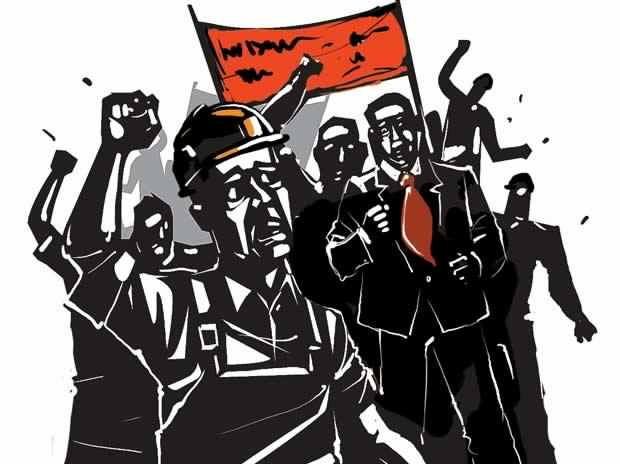 Such economic strikes are often resolved by collective bargaining of the employees or the wage labors.

An economic strike can also be understood as an event in which the operations of producing goods and services are temporarily shut down due to walkout of the employee who usually manage the task which are necessary for running the production process.

An economic strike may also be called voluntarily by the employees associated with any specific employer at a local level or it might also include the labor union.

For example a worker may start an economic strike in the protest for the health benefits, lack of sick pay and choose to stop working in the company until the employer takes notice of it and work towards coming to some sort of compromise with the employees.

Most of the unions have particular regulations, which allows them to see if there is actually any need for economic strike or not.

The economic strike should always be focused on the welfare of the employees.

There are certain countries in which such kind of strike activities are discouraged and in some countries it is banned or illegal by the governments, so the labor union have to do any such activity within the legal compliance of the nation they belong to.

For example, some strategies such as work slowdowns, sit-ins, wildcat strikes are prohibited by some unions as they are considered illegal and against the law in some of the nations.

In most of the cases, working together and coming to a compromise that is acceptable to both the sides and is also beneficial to all the parties concerned.

When the negotiation between both the parties are completed and the economic strike is avoided, the employees don’t have to be bothered about the loss of income from steady work and the employers also get over the risk of losing business due to delay in production of goods and services to the customers