Firefighting is a concept of finding a solution or quick remedy to a critical business problem which has occurred suddenly, without too much preparation by the organization. 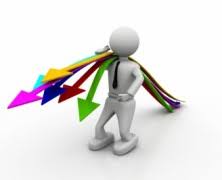 Firefighting, as name suggest, is derived from practice of extinguishing the unpredicted fire in the emergency situation.

With time, the term has been used in the corporate world, in which extra resources are being employed in case of an emergency/critical situation.

These resources could be anything, right from increasing manpower to employing more machine/systems on it.

Some of the plausible situations are as follows:

In Today’s evolved corporate culture, Firefighting is considered to be a technique to be used as a last resort at disposal. Proper processes and necessary securities need to be taken and adhered to, for avoiding such emergency situations.

Having said that, most mature organizations are always on be their toes to deal with the uncertain and unforeseen situations in their regular processes.

Suppose an IT organization is working on a project with a definite deadline. Things were moving as per the self-adopted time line but suddenly two days before the deadline, there is a major code crash .That code crash impact was so severe that the whole schedule got delay by additional 5 days.

Here the Managers would adopt a Firefighting strategy. They would use all the resources at their disposal to try and meet the deadline. Coders and other support team may be pulled from other projects for short basis and additional machines could be utilized. Experts would be called upon and if feasible some of the work could be outsourced.

Hence all necessary steps would be taken up to do deal up with the emergency and counter the situation at hand. This would summarize the Firefighting technique.